Because this is Black History Month, I wanted to share with you some extraordinary people in African American History who did all they could to get to freedom.  I am sure you know that freedom is the right of every living person man, woman, boy and girl on the Earth.  It is so important and wonderful that many have died rather than become or remain slaves.  One man in particular wanted freedom so bad that he actually mailed himself to freedom.

His name was Henry Box Brown. 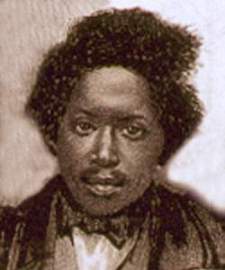 Henry Brown was born into slavery in 1816 on a plantation called Hermitage in Louisa County, Virginia. Henry may have remembered his parents fondly, stating that his mother was the one to instill Christian values into him. He is believed to have had at least two siblings, mentioning a brother and a sister in his autobiography.

Brown was first married to a fellow slave, named Nancy, but their marriage was not recognized legally. They had three children born into slavery under the partus sequitur ventrem principle. Brown was hired out by his master in Richmond, Virginia, and worked in a tobacco factory, renting a house where he and his wife lived with their children. Brown had also been paying his wife’s master not to sell his family, but the man betrayed Brown, selling pregnant Nancy and their three children to a different slave owner.

With the help of James C. A. Smith, a free black man, and a sympathetic white shoemaker (and likely gambler) named Samuel A. Smith (no relation), Brown devised a plan to have himself shipped in a box to a free state by the Adams Express Company, known for its confidentiality and efficiency.  Brown paid US$86 (equivalent to $2,643 in 2019) (out of his savings of $166) to Samuel Smith. Smith went to Philadelphia to consult with members of Pennsylvania Anti-Slavery Society on how to accomplish the escape, meeting with minister James Miller McKim, William Still, and Cyrus Burleigh. He corresponded with them to work out the details after returning to Richmond. They advised him to mail the box to the office of Quaker merchant Passmore Williamson, who was active with the Vigilance Committee.

During the trip, which began on March 29, 1849, Brown’s box was transported by wagon, railroad, steamboat, wagon again, railroad, ferry, railroad, and finally delivery wagon, being completed in 27 hours. Despite the instructions on the box of “handle with care” and “this side up,” several times carriers placed the box upside-down or handled it roughly. Brown remained still and avoided detection.

The box was received by Williamson, McKim, William Still, and other members of the Philadelphia Vigilance Committee on March 30, 1849, attesting to the improvements in express delivery services. When Brown was released, one of the men remembered his first words as “How do you do, gentlemen?” He sang a psalm from the Bible, which he had earlier chosen to celebrate his release into freedom.
Online Reference:  https://en.wikipedia.org/wiki/Henry_Box_Brown 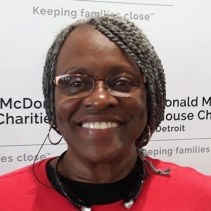