On the second day of Christmas, my true love gave to me, two turtle doves 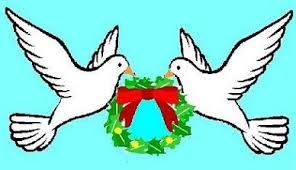 On the first day of Christmas, my true love gave to me, a partridge in a pear tree 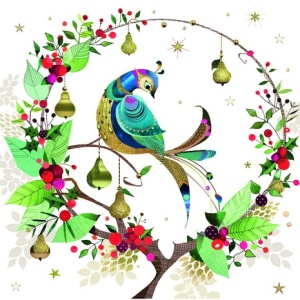 Today, a partridge in a pear tree would cost approximately $209.99

I am a member of the Ronald McDonald House and have been for a while.  Here’s a history of it:

Working as a pediatric oncologist at The Children’s Hospital of Philadelphia, Dr. Evans saw families spend night after night in the hospital while their children received life-saving medical treatment. She knew there had to be a better way, and envisioned a simple house where families could stay during these stressful and uncertain times 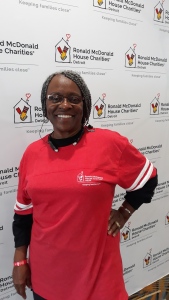 At the same time, the Philadelphia Eagles were raising funds in support of player Fred Hill, whose daughter Kim was in treatment for leukemia at St. Christopher’s Hospital for Children. When the Eagles General Manager Jimmy Murray approached St. Christopher’s about making a donation, Dr. Lawrence Naiman suggested there was an even greater need for funds resting with Dr. Evans. Jimmy Murray met Dr. Evans and quickly learned of her concept of a home for families. He reached out to McDonald’s with the idea that they could offer the proceeds from their Shamrock Shake sales to benefit this new house. McDonald’s agreed, and the Philadelphia Ronald McDonald House was born on October 15, 1974. 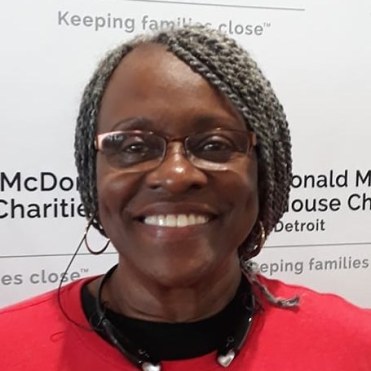 The idea quickly spread around the United States. Many physicians and parents wondered if the same idea could work here in Detroit. With guidance from the national McDonald’s Corporation, the doors of RMHC Detroit opened in November of 1979, adjacent to the DMC Children’s Hospital of Michigan, becoming the 11th Ronald McDonald House location to open.

Since the opening of the Detroit house, locations have also opened in Ann Arbor and Grand Rapids. There are more than 300 Ronald McDonald House locations around the world.

Hey guys, it’s a great thing and a great feeling to help someone else.  Talk to you later.

Well, I know that things have settled down for you now that school is in session.  I am sure that many of you have chosen clubs to be in before and after school, too.  I heard that at one high school they had a robotics club, where the students spend the semester making a robot that they can enter into competition to see who wins!  That sounds so exciting!

Then I heard that there is a reading club at another school.  You know that’s the one I love the most. Reading opens the world up to you.  Just think if you want to know more about robotics, just grab a book at the library and read it.  You’ll learn a lot.

I know a woman who is an author and she travels once a year to a reading conference and sits with students of all ages.  These students all have a desire to be writers themselves.  Say, that’s a good idea.  Have you ever had the desire to write a book?  Drop me a line if you have.  I’d like to talk with you about it.  Make sure it’s all right with Mom and Dad.  Just leave me a comment on this blog so I can get to you, and I’ll be glad to talk to you about it.

Do you see the picture above, with all the kids raising their hands to answer the question?  That’s what I want to make sure all of you do.  Reading makes you smarter, too.  So, keep it simple and read a book.  Talk to you later.

Now you already know that I am a great fan of all of you reading books so that you can learn so much more.  Remember that in the pages of a book you can be anyone you want to be.  You can be an astronaut, a princess, a king, a nurse or doctor. Why you can even be a deep sea diver or an animal trainer!

There’s another great advantage to reading books.  You get to meet other kids and people from around the world.  I wonder what a child about 9 years old living in South Africa or Japan does first thing in the morning when it’s time to get ready for school. Are their schools like our schools?  Do they eat fun snacks and go to the movies like some of us here do?  Does a teenager in other lands have graduation ceremonies like our graduating teens do? How do they dress and why do they dress the way that they do?  I’m sure that kids from other places around the world ask the same questions about us.

You know how to get your answers?  Sure you do! Read a book from the library about other cultures. Cultures, that an interesting word. What does it mean?  Well, I looked it up in a book called the dictionary. A dictionary has thousands of words in it with their different meanings.

Cultures in short means: “the customs, social institutions and achievements of a particular nation.”

So, when you pick up a book about people in Haiti or Egypt, you read about what they do and why they do as they do.   It’s great to read a book guys! Let’s continue to enjoy our Summer with trips, fun activities, picnics, swimming, and more. But please remember there’s more fun in the pages of a book than most anywhere else.  Check out about other kids around the world before the Summer ends.  You’ll love it.

Can you see my friend Jen, above.  She’s reading a book and has two more books to read.  She loves to read. Even though she has already been on a summer vacation with her family, and went to the amusement park with her friends, she hasn’t forgotten to read during this Summer.

I am sending all of you this short reminder to be sure that you visit your local library or favorite book store and get some books to read. The books don’t have to been hundreds of pages long for you to read, unless you want that kind of book.   Wow! That’s a great idea.  Go to the library and ask the librarian for a good long book that’s age appropriate for you and determine to read 20 minutes a day until school starts again.  If you finish that book before school begins, great!  If not, just keep on reading until you do.  Guess what? You’ll have read so much that when the new text books are given out and assignments on your tablet are downloaded, you’ll already be in good reading practice and will ace any of your assignments!

So, until next time, let’s get our minds sharpened and our eyes roving over those pages in our favorite books.  Keep having good fun this Summer.

I almost forgot.  I have two new books coming out later this year.  One is called “Junior Rabbit Travels to New York,” and the other is “Junior Rabbit Travels Home.”  I’ll let you know when they come out so you can add them to your collection of children’s books. One more thing, when you get to the library, watch out for falling books!

Talk to you later,

Memorial Day is coming up.  I never thought of this question until now. What is the place where Memorial Day began.  It’s a good question.  I found an answer to it below:

Official Birthplace Declared In 1966, Congress and President Lyndon Johnson declared Waterloo, N.Y., the “birthplace” of Memorial Day. There, a ceremony on May 5, 1866, honored local veterans who had fought in the Civil War. Businesses closed and residents flew flags at half-staff. Supporters of Waterloo’s claim say earlier observances in other places were either informal, not community-wide or one-time events.

By the end of the 19th century, Memorial Day ceremonies were being held on May 30 throughout the nation. State legislatures passed proclamations designating the day, and the Army and Navy adopted regulations for proper observance at their facilities.

It was not until after World War I, however, that the day was expanded to honor those who have died in all American wars. In 1971, Memorial Day was declared a national holiday by an act of Congress, though it is still often called Decoration Day. It was then also placed on the last Monday in May. 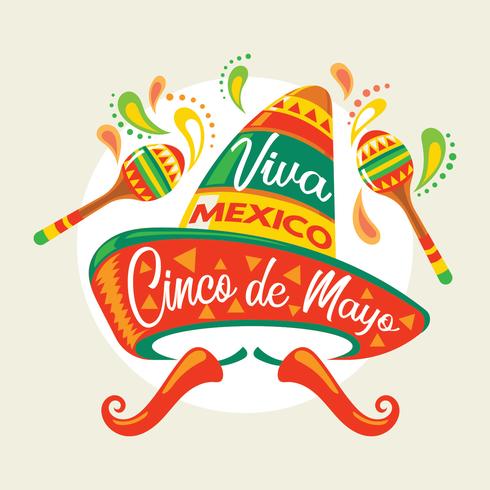 Wow! May is almost over and it’s been a good month so far.  However, I don’t want to leave May without first talking about Cinco de Mayo day, which we observe every year on May 5th.

Have you ever wondered why Cinco de Mayo day is celebrated here in the United States?  That’s a good questions.

Cinco de Mayo, or the fifth of May, is a holiday that celebrates the date of the Mexican army’s 1862 victory over France at the Battle of Puebla during the Franco-Mexican War. The day, which falls on Sunday, May 5 in 2019, is also known as Battle of Puebla Day. While it is a relatively minor holiday in Mexico, in the United States, Cinco de Mayo has evolved into a commemoration of Mexican culture and heritage, particularly in areas with large Mexican-American populations.

Talk to you later, 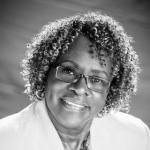 It is reading month this whole month! I am so excited!

Here’s the challenge:  Let’s all read 15 to 20 minutes each day. Ready, set, read.  Also, if you need something to read to your little brothers, little sisters, and nieces and nephews, ask Mom and Dad to get my books in the Junior Rabbit Series.  You can order them on Amazon.com.  Try reading and enjoying my book entitled “Junior Rabbit Goes to Pennsylvania.  He’s on a great adventure.

Well, I have to go now, but remember this, reading opens up the world to you. 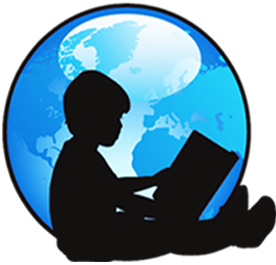 In the pages of a book you can be whoever you want to be.  Let’s get reading!! 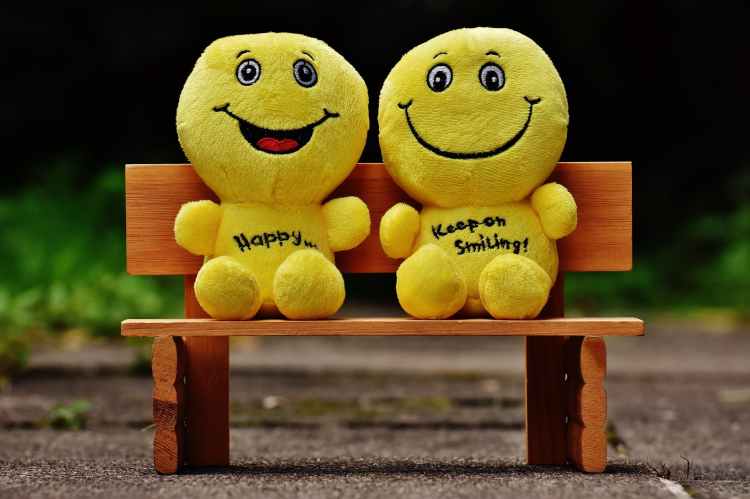 I’ve been so busy writing my books, which is good; but I missed saying Happy New Year to you all.

I am so excited for what the new year will bring for all of us.  One thing I want it to bring is more reading fun!  I’ve got two new books just waiting to be published.  I already have one that was published late last year called Junior Rabbit Travels to Pennsylvania.  He’s on the adventure of his life.  I sure hope that all of you purchase it on Amazon.com.

Well, until next time, remember Reading Rocks in 2019, too!